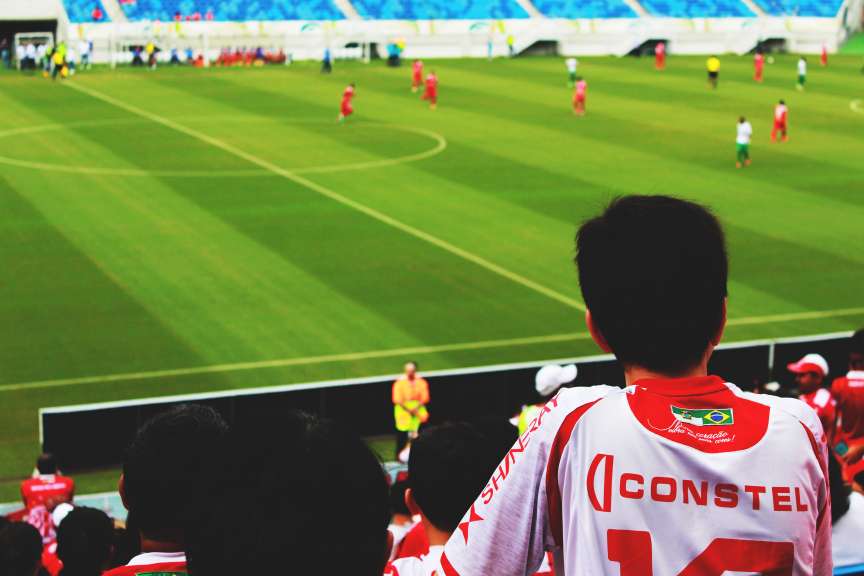 Ten years ago, if you had proposed building a professional soccer stadium in Cincinnati or Detroit, San Antonio or St. Louis, you probably would have been laughed out of the room. Fans in those saturated sports markets already have plenty of stadiums to visit and home teams to cheer for throughout the year.

It turns out, that’s not true.

Since 2009, participation in high school soccer programs has been increasing, with more than 800,000 thousand boys and girls now playing across the country. That growth had slowly translated into a burgeoning fan base for the sport at a professional level.

Soccer, or association football, has been popular internationally for centuries, but it’s always lagged behind sports like baseball and (American) football here in the states.

While big expansions are gradually coming together in the majors, a grassroots explosion of semi-pro teams is driving America’s new enthusiasm for soccer. There are many factors which help establish a sport as one of America’s favorite pastimes; they don’t just start out as a professional, national league. In the case of soccer, it’s the rise of semi-pro teams that is making the sport more accessible and more popular to the masses. There are three factors helping to make that possible.

1. Accessibility
Major league sports teams tend to have stadiums only in large cities (think: Nashville, Seattle, Chicago). But you’ll find semi-pro soccer teams in smaller communities like Grand Rapids, MI or Sioux Falls, SD. For the millions of Americans who don’t live in a top 20 city, those games might be easier to get to. They require less travel. That means a family of four doesn’t have to drive two hours to catch a game or pay for a hotel for the night.

Travel time is one thing, but on the other side of the accessibility coin is the approachable nature of the sport. The basic ground rules are pretty simple: each team tries to kick the ball into their opponent’s net. Goals are worth one point. There’s constant action on the field. Sure, there are nuances to the game, rules for fouls or the ball going out of play. But on its face, soccer is a pretty easy game to understand. That makes it fun to watch for the casual fan.

2. Value
As the price for major league sports tickets soars (a pair of almost-good seats to watch the Denver Broncos will set you back $418), you can still take your family of four to see the local FC for under 50-bucks. That’s the perfect price point for a new fan to get their feet wet. Whether you’re a family of four or a grad student with a part-time job as a barista, it’s an indulgence most everyone can afford.

This is important because it helps capture the casual spectator. For a sport to grow, it needs to capture a spectrum of fans, from diehard to casual. You don’t have to buy season tickets to the San Diego Padres to be a baseball fan. You just have to go to a game once in awhile: eat a hot dog and drink a cold Pacifico on The Porch; cheer for your team.

Despite the affordable price, the players in semi-pro soccer are talented – really talented. Some teams feed players right into the majors. They’re fan-worthy, good enough that your kid can proudly wear the goalkeeper’s number or keep stats on their favorite striker. This makes semi-pro games worthy of a Friday night out with your buddies or a family excursion. You’re not sitting in the bleachers watching high school kids run around the field. It feels like you’re watching the pros.

3. Team Spirit
Even if you have no idea what’s happening on the field, it’s hard not to get caught up in the chants and songs resonating through the stadium during a soccer match. The drum beating and the flag waving, the occasional pop of colored smoke from a flare: these all make the experience of just being at a match addictively exciting.

You’ll usually find a wide spectrum of intensity among the fans. There’s the diehard, never-miss-a-match superfans decked out in home team gear, families with kids, couples, groups of friends – they all mix jovially in the crowd.

You don’t have to be the shirtless guy with your team’s logo spray painted across your belly to show your support. Wear your team colors (team-branded scarves are a popular trend that go with virtually any outfit). Cheer when your team takes the field. Get on your feet when they score a goal. It’s easy to be a soccer fan.

Want to find a soccer match in your area? We’ve got you covered.