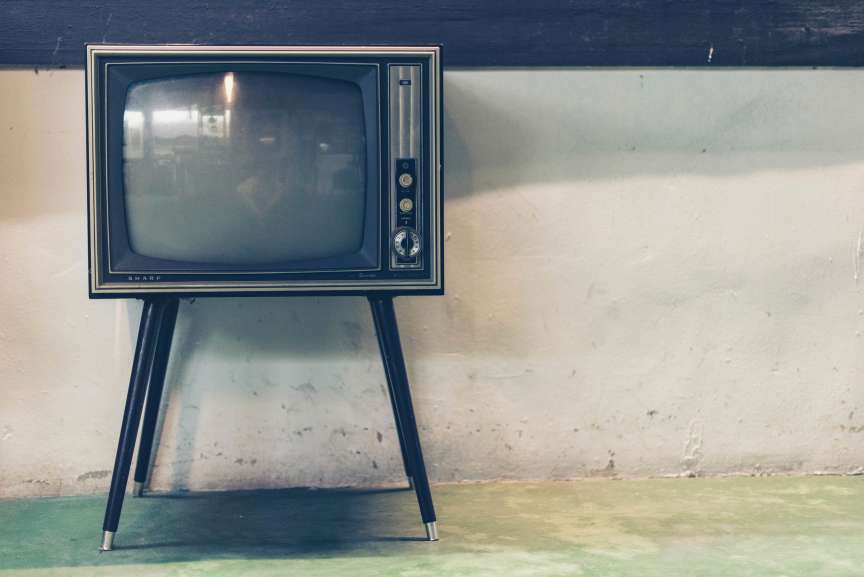 A couple weeks ago, we shared our list of Seven Movies We’d Like To See Made Into Escape Rooms. Ever since we visited a room inspired by the Indiana Jones films, our imagination has been running wild with ideas for themes based on our favorite pop culture stories.

This week we thought we’d expand on that, and share a few of our favorite TV shows that would make crazy fun escape rooms. What do you think about these? Share your thoughts on social media or let us know in the comments!

Of all the Sir Arthur Conan Doyle adaptations, we love this BBC series about the Baker Street consulting detective best. Maybe it’s Benedict Cumberbatch’s charmingly arrogant portrayal of the eponymous lead character. Or maybe it’s Andrew Scott’s chillingly sinister take on Sherlock’s nemesis, James Moriarty. The Sherlock Holmes story is just classic; there are so many things you could do here.

If we were building a Sherlock room, we’d set the scene in Sherlock’s Baker Street flat where the incomparable detective has gone missing while working to solve a murder mystery case. He’s left you clues to his whereabouts and his notes on the murder suspects.

It’s your job to assist Scotland Yard in locating the missing detective before you both become tangled up in Moriarty’s evil plot. Do you have what it takes?

The cars, the boats, the sportcoats. All that turquoise and aqua. Decorating a room based on this iconic 1980s crime drama would be tons of fun.

You’re a rookie cop on the vice beat in Miami, and Sonny and Rico need your help. They’ve been taken hostage by a drug kingpin while investigating a murder in a seedy beach motel. Luckily for you, they’ve left clues around the room that could help you locate their whereabouts within the motel, and a trail that leads you right to the John Doe’s killer they were investigating.

You need to solve the puzzles and uncover the true story before the kingpin’s thugs come back for you.

How exciting would it be to be thrust into the modern dystopian world of Elliot Alderson and his band of fsociety hacktivists? For one hour, you get to become a hacker yourself and work together to escape the clutches of the Evil Corp conglomerate.

Maybe the setup looks like the fsociety arcade (lots of fun possibilities there), or maybe you’re deep within the bowels of the E-Corp offices where you need to infiltrate their tech system in order to take down the finance giant.

This would be a great theme for an escape room that uses lots of tech – throw a couple inexpensive laptops in there, a wifi router, maybe a printer. Use electronically controlled doors and cabinets instead of padlocks. Give clues via video from a masked member of fsociety.

There are so many fun possibilities here that it’s hard to know where to start. It’s the era of hi-tops, Rubik’s Cubes, and music videos. And something in Hawkins, Indiana, has gone very, very wrong.

All the throwback kitsch and paranormal spookiness from this show would make for a unique escape room experience. Maybe you’d build your room to resemble the Eerie Hawkins lab or the basement rec room of the Wheeler family (a Dungeons and Dragons board is a must).

Personally, we’d set it right in the living room of the Byers home, complete with short-circuiting phones, alphabet-decoding Christmas lights, and a strange, expanding goo seeping in through the walls. Solve the puzzles and find your way out before it takes over the whole room and you, too, are trapped in the Upside Down.

Whether you based your room’s story on the 1990 cult classic or the 2017 Netflix series, a Twin Peaks room is bound to be a crowd pleaser. This campy crime drama with offbeat humor leaves plenty of options open for storyline and theme.

Here’s one possible scenario: you’ve been called into the sleepy Washington town of Twin Peaks – a place wonderful and strange – to assist FBI Special Agent Dale Cooper on an important case. Maybe it’s another beauty queen murder or a mystery crime with some supernatural twists and turns.

To really amp up the mystique, you could set the story in the Black Lodge from Agent Cooper’s dreams. The mind-bending puzzles will thrill even experienced escape room veterans.

Aliens, conspiracy theories, paranormal phenomena. Team up with Scully and Mulder for a crime drama laced with plenty of supernatural intrigue.

Given the length of this series (it’s the longest-running sci-fi show), there are tons of possible locations you could use as inspiration for an escape room. It could be a secret FBI bunker, a mysterious lab where extraterrestrial beings are kept, even a time warped ship or military aircraft hangar.

The possible story lines are just as diverse. You could focus on the crime-busting FBI work or the eerie alien mysteries. I want to believe…that you can find your way out in time.

This iconic 1950s anthology has plenty of mystery and intrigue to keep an escape room audience on their toes. While there are lots of possibilities here, the challenge with The Twilight Zone is that each episode was mostly self-contained so the characters, setting and even time frame changed throughout each season. Even so, you could leverage some of the more famous stories like “The Hitch-Hiker”, “The Invaders”, “Mr. Denton on Doomsday” or “The Monsters are Due on Maple Street” and the vintage black and white hypnosis spiral found in every episode.

You could really customize the skill level and intensity of this room, too. You could do family-friendly, with just a hint of suspense and fantasy, or really go dark with your theme and incorporate some of the more psychologically thrilling, suspense and horror elements of the show.

Which shows would you like to see made into escape rooms? Have you ever done an escape room based on a TV show? We’d love to hear about it! Share your ideas and stories in the comments.