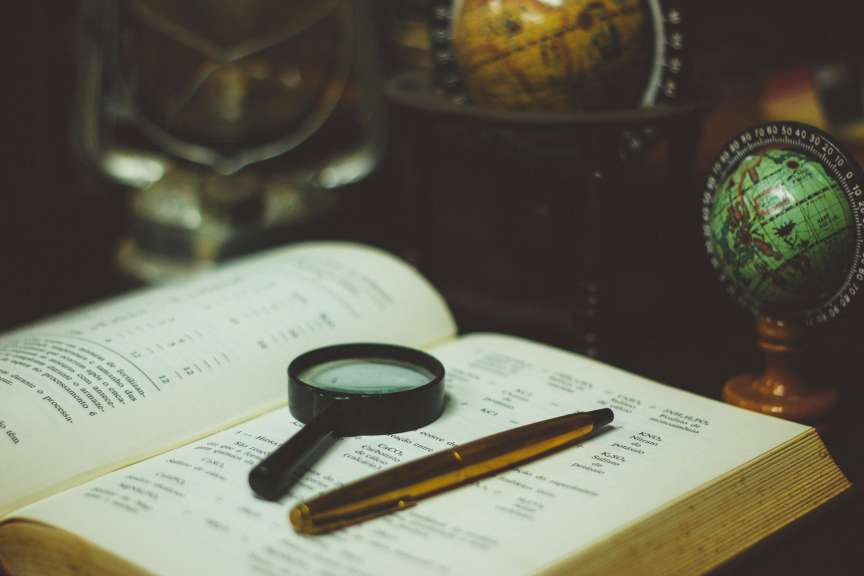 Escape rooms are like potato chips: once you’ve had one, you’re probably going to have another. And another. They are crazy addictive in the best possible way.

Part of the fun of doing different escape rooms is that each one is unique. There are endless possibilities to be creative with your room’s theme, storyline, and clues. Recently, some of our favorite themes have been loosely based on popular movie titles. We conquered an Indiana Jones inspired dig site and a secret agent room reminiscent of James Bond’s best adventures.

We’ve love to find more of that. Here are seven films we’d like to see made into escape rooms. We hope it inspires you.

The secret spells, password-locked hallways and hidden mysteries of J.K. Rowling’s stories were made for an escape room. There’s plenty of room to be creative as you build an immersive Hogwarts-style experience where groups of muggles work together to solve riddles and become honorary members of Dumbledore’s Army. Or maybe they need to break out of Azkaban and rescue their friends from the grips of a certain dark wizard.

Sure, the licensing might be difficult. But you could take inspiration from the Wizarding World and design a generic school for young magical students. Acio, hint.

We love it when an escape room’s theme crosses over into one of our other favorite genres: haunted attractions. If like us, you can’t get enough of zombie outbreaks and serial killer themed experiences, this Australian independent thriller might be right up your alley, too. The story is this: Mr. Babadook is a not-so-imaginary monster who mysteriously comes into your life when you read his pop-up storybook. Sounds innocent enough, until he invades your dreams and possesses your mind, forcing you to commit horrendous crimes on your loved ones.

His menacingly gruesome rhymes would make excellent puzzles, and it sends chills up our spine just picturing his sinister knocking on the walls growing louder as our time counts down.
Horror-themed rooms are not for everyone, but for those of us who love a good scare, this story provides excellent opportunities for a thrilling escape experience.

One of the most fun escape rooms we’ve done was in a storage container that had been transformed into a New York subway car. Certainly, you could do a similar build where the unit is set up to look like an L.A. city bus and recreate this ‘90s action movie.

Although there were several nail-biting scenes in this throwback hit, the most iconic part of the story took place on the bus, speeding down the 105 with Keanu Reeves trying to defuse the bomb before everyone on board is blown to smithereens. In an escape room, it’s our team that’s reporting for SWAT duty, communicating through clues left by the killer and getting hints from Officer Jack Traven. We’ll have to defuse the bomb and let everyone off the bus in 60 minutes or less. Get ready for rush hour.

Whether you take your story queue from the original 1999 hit or the 2017 reboot, this would make for a really fun room. Hieroglyphics, entombed ancient kings, a 10,000-year-old curse that will be unleashed upon your team if you can’t solve the puzzles in time.

You could easily incorporate some scary elements into this story while keeping it family-friendly. Every Jr. archaeologist will love decoding the pyramid markings, searching for hidden rubies and finding a way out before Ahmanet’s mummy breaks out of its sarcophagus.

You’re in the offices of Eddie Valiant, P.I., and Toontown needs your help again. Maybe another Dr. Doom-type villain is terrorizing the city, or perhaps it’s a new mystery altogether.

The toon factor would be fun for kids, and anyone who saw the original film will have a great time immersing themselves in the movie backlot of Maroon Cartoon Studios or the prop-filled wonderland that is the Acme Warehouse. Or maybe we’re in the back-room speakeasy of the Terminal Bar, or Jessica’s dressing room at the Ink & Paint Club. We’re bouncing off the walls just thinking about it.

Return to the Good Docks and rejoin the unlikely heroes of the 1985 cult classic. Maybe you’ve found your way through the secret tunnel under the well and made it onto the pirate ship, but have become trapped below deck and need to follow clues left by the Goonies to escape. Be sure to collect as much treasure as you can while making your way back to safety, but watch out – the place may be booby trapped!

Honestly, what kid didn’t hand-draw their own treasure map and recreate this story with their friends? Who didn’t secretly peer inside every tunnel you passed by, hoping that you’d see some sort of clue or a light that led you to a secret passageway? We’ve love to experience this story IRL, escape room style.

Lewis Carroll’s weird and wonderful playground lends itself particularly well to the puzzles and clues of an escape room. There’s intrigue, whimsy, and a little mystery around every corner.

There are countless possibilities with this story as well, in terms of the settings and characters you encounter. Maybe they’ve been captured by the Red Queen. Maybe they’re following clues left by the White Rabbit. Maybe you’ll have guests “grow” bigger or smaller as they move into the next room.

Which movie would you like to see turned into an escape room? Have you ever done a movie-themed escape room? We’d love to hear about it! Share your story in the comments.