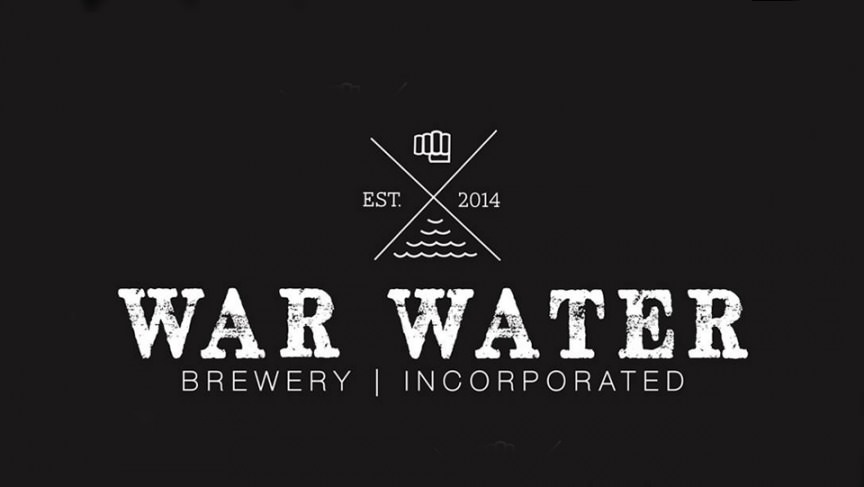 St. Clair, Michigan is known for its stunning views along the boardwalk of the St. Clair River. One can stroll along the water’s edge, grab an ice cream cone from London’s ice cream shop, or enjoy a cup of coffee on the patio at Sue’s Coffee House. Now, locals and visitors alike have reason to rejoice over the new way to pass the time as they watch freighters roll down the river. Thanks to War Water Brewery, they get to kick back and enjoy a sunny summer day with an ice-cold beer.

War Water was established in 2014 and opened its doors to the public on October 2, 2015. Although War Water has been open a short amount of time, this brewery has had no trouble assimilating into St. Clair’s welcoming community. In fact, business is thriving and the brewery already has a strong following of regulars and advocates. And despite this boating town’s relaxed vibe, one could say War Water is the “happening place” to be. War Water has managed to become a St. Clair staple partly due to the strong leadership and passion for craft beer that comes from its owners, Kris and Kevin Paul. Although this brewery is a fairly new undertaking, these two brothers are far from new to the craft beer scene. In 2010, the Pauls started a true nano-brewery, brewing small five-gallon batches in glass carboys. Just a few years later, the crew sought out a larger facility in Carmel, Indiana to house their brewery and pub known today as Danny Boy Beer Works. Located in the heart of the Village of West Clay, this family friendly hot-spot features 10 taps dedicated to Danny Boy Beers and 30 guest taps.

Director of Operations, Kris Paul, says War Water is an extension of Danny Boy and showcases the products he and his brew crew have made in Indiana. “We’re an urban, Irish beer company,” states Kris. “Our style of beer is made largely from west coast hops, which gives it a light and refreshing taste.” Kris goes on to say that he is happy to be back in his hometown of St. Clair and that it is the perfect spot to set up shop. “It’s a beautiful area; the boardwalk and the boat traffic really contribute to the community’s magnetism. We are grateful to be a complement to that, and hope that we can make a positive impact on the area.”

Kris says one of the highlights of the happenings at War Water was during the town’s biggest annual event, The Offshore Boat Races. He summed up the weekend with a statement every business owner hopes they can say, “Everything was awesome.” When asked how the new team managed to accommodate so many guests after being open only a short amount of time, Kris shared this smart strategy…

“Keep it simple. We don’t overcomplicate things. What makes our place a little different is that we have 9-12 beers on tap and do not offer a food menu. People are welcome to bring food in from home and order food from surrounding restaurants. Our goal is to provide a casual, social environment for people to relax and simply have a good time. The great view of the river is, of course, a huge bonus! ” Kris’ passion for his various productions is propelled by his excitement about the craft beer industry as a whole. “It’s a very engaging market. If you have a true passion for what you’re doing, you’ll do well. I’d encourage new brewers to spend a fair amount of time brewing, but also give yourself a lot of time to plan and manage your business. The craft beer industry is going to continue to grow, and there’s room for everybody!”

War Water brewery is located at 201 N. Riverside Ave and is open Fridays, Saturdays, and Sundays. Throw back a cold one with some of the regulars while watching sailboats and pontoon boats pass you by! Purely stated, it’s wicked awesome beer.