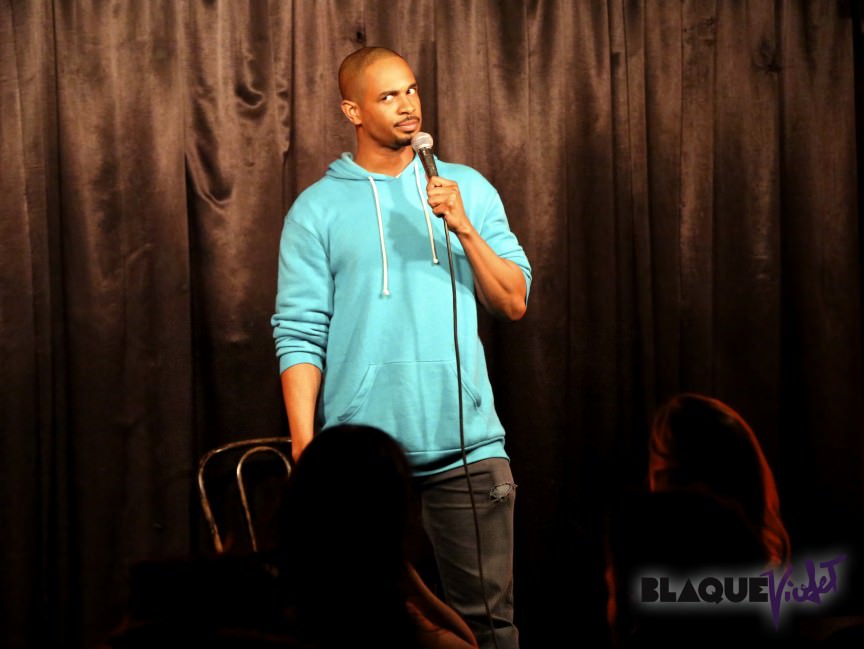 Founder and Executive Producer of Crack‘em Up Comedy, Nichelle Murdock, has been running her comedy show located at the World Famous Comedy Store (Belly Room) on Sunset Blvd in LA for twelve years. This weekly, Thursday night show has been a comedy hot spot for stars such as Deon Cole, Damon Wayans Jr., Kevin Hart, and Dave Chappell (to name a few). Although there have been loads of big name comedians that have stepped foot in Crack’em Up, Nichelle says the “mission statement” of the show is to showcase fresh, rising stars of the comedy scene.

While Nichelle is the driving force behind the show in LA, her sister, Dawn Murdock, keeps Detroit comedy fans on their toes at the Detroit Crack‘em Up location. Inside the Jazz Café at Music Hall, guests can enjoy the monthly Wednesday night show that brings together a wide range of up and coming comedians.

After talking with Nichelle, it’s easy to see why the success of the show has not faltered in the past twelve years. She has a unique philosophy, a work ethic second to none, and an unwavering drive to provide the biggest laughs in Hollywood (and Detroit). Another unique skill of Nichelle’s: she consistently motivates people to turn off Hulu, get off their couches, and out to see her show. Enjoy this interview with Nichelle!

What is the biggest challenge of planning a comedy event?

The biggest challenge is getting guests off their couches and out to see live entertainment. The way that people are receiving entertainment has changed over the years. Everyone is watching videos, shows, and movies on demand. Whether it’s through Amazon, Netflix, Hulu, or Facebook, no one has to even get out of bed to watch their favorite form of comedy.

How do you deal with this challenge?

We guarantee a quality show with a great mix of comedians. When we hire performers, we have one rule – you must be funny. Our aim is to put a lineup together that people can get really excited about. If you’re not happy with the show, you get your money back – no questions asked. We’ve never had anyone ask for his or her money back.

Sometimes it’s challenging because it feels like you have to pay people to get out of their house! However, we run specials and offer discounts that help with our attendance as well. If it’s your birthday, you can enjoy the show for free. Or, sometimes if our fans tag their friends in a social media post or repost something we’re advertising, we’ll give them a discount too.

How do you engage with your fans and the communities in Detroit and LA?

We’ve started Crack Up For A Cause, which is a show we’ve designed to raise money for local non-profits. We partner an organization that we feel connected with and raise funds through laughter. Our show in Detroit is supports the Detroit Public School System and our LA show raises money to support Sickle Cell Anemia programs and patients. This started as an annual event, but we hope to shift that to monthly or quarterly.

How do you handle comedians that don’t bring their A-game to your show?

I realize that everybody has a bad night; no one is perfect. And when comedians beat themselves up, I try to encourage them, instead of disregarding their issues. They have ups and downs like anybody, and as a producer, it’s one of my challenges to forgive that. One of their challenges is to move on from anything negative that happened before the show and let go of any negativity before the show starts.

One of our Detroit headliners had family issues that he couldn’t stop thinking about and those issues spilled over into his set. I could tell his energy was way off, and this energy is contagious; the audience can feel when things aren’t quite right. So, the show was eh. However, sometimes, the situations that hurt the most while they’re happening, are the ones I learn the most from. Another way to guarantee a great show is to find the perfect host. If you have a hilarious host with flawless energy, then, no matter what happens, the show will be funny. If a comedian bombs, the host can come back up and bring it all together. A good host can even make a joke out of the bomb. We are fortunate enough to have amazing hosts at both locations (DC Ervin & Esau Mcgraw in LA and Josh Adams in Detroit). A fun aspect of our Detroit show is the custom-made drink the Jazz Café made for Crack’em Up attendees. It’s a signature drink called the Crack’em Up Tini that guests can purchase for $5. This blend of pineapple and peach goodness has become a fan favorite!

What makes Crack’em Up stand out from other comedy clubs?

We strive to create a space for comedians to feel extremely comfortable. We encourage them to not polish their sets to be exactly perfect. This can often result in a set that is “just by the script” and can feel pretty dry. We encourage comedians to expand their writing potential by playing off the crowd and feeling their energy. I’ve seen so many jokes created because we give comedians the thumbs to try something new, something fresh. This really creates an intimate atmosphere that is so different from being in a theater that seats 3,000 people. Our ambiance is more intimate, more personal. What lessons have you learned along your 12-year journey?

Both shows focus on up and coming, rising comedy stars. So, the way in which people access entertainment in such a fast and easy way sort of helps our show because people are more aware to who is popular and new to the scene.

When I first started in LA (in the days before MySpace when we still used camcorders) there weren’t many women doing what I was doing. But, I held my own and stayed that route. I learned quickly that I couldn’t be afraid to give the audience someone fresh and new. I had to keep a positive attitude during and after the show no matter what happened.

I also learned that being respectable to the comedians was essential. It not only made me stand out from other club owners, but also gave them so much confidence. Early on, so many people treated them with no respect. That still happens today.

There are days when I feel like giving up, but when I produce that next show and see the crowd laughing and the comics being funny, it’s all worth it. It just comes down to never giving up.

You can check out all the latest laughs on Crack’em Up Comedy’s website. There, you’ll find the Wine Glass Comedy Show, Show Schedules for LA and Detroit, and the latest news in the comedy industry. If you’re looking for a comedian to perform at your next event, just reach out to Nichelle or Dawn!