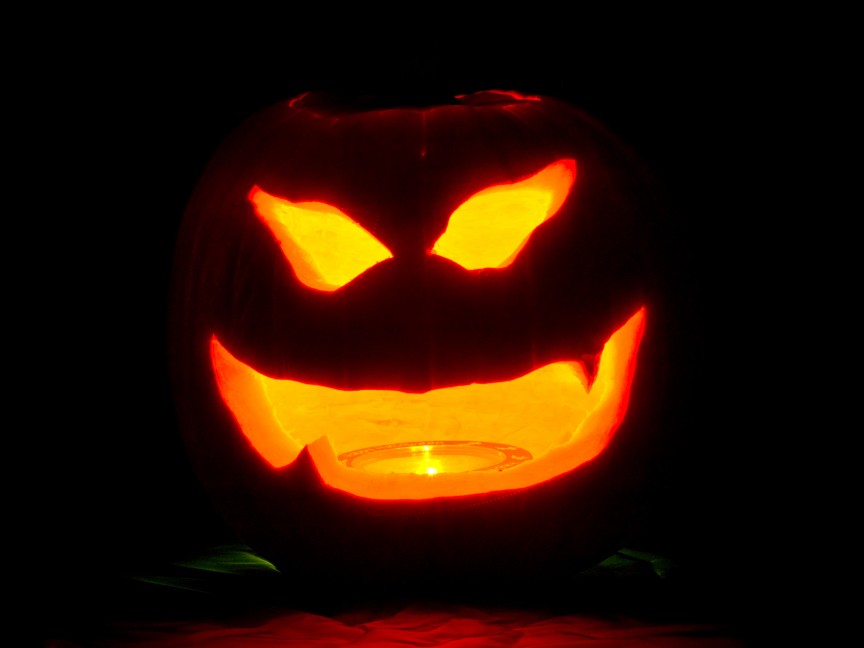 Planning a Halloween event can be both fun and challenging. There are so many different approaches one can take to make his or her event spooky and thrilling. When organizing a haunt-themed event, it’s important to consider who will be attending. Is this an event for preschools or young adults? The type of guest that you will be hosting will determine how scary you’ll want the event to be. Below are tips and tricks to help you entertain a wide range of guests. You can pick and choose which ideas will work best for your event!

If you’re looking for an excuse to incorporate food into your event, look no further than these insane, edible ideas. Use cold cuts to craft a human skull, or everyone’s favorite special effect, dry ice, to stir up a cocktail potion. There are a bunch of easy, blood-coloredcocktail recipes with which to experiment. Sticking with the theme of blood, a Classic or Spicy Bloody Mary is always a solid go-to. 2. Make Your Own Decorations

Make your own ghosts out of chicken wire. Then, spray paint them with glow in the dark paint. Do it yourself with the help of this article or this tutorial. These bloody handprint window clings are inexpensive and reusable. They’re also a fun craft to do with your kids. Find the step by step instructions here. Utilize mason jars! They are cheap, versatile, and fun to decorate with! Haunted Jail: Part of the fear lies in imagining yourself behind bars, and the rest is derived from the crazy and creepy inhabitants of the cells. There are many prisons around the world that have grueling stories of their past, or are rumored as haunted to this day. A few of the finest include Alcatraz, Kilmainham Gaol, and Eastern State Penitentiary. If these don’t get your creative juices flowing, Paul Siegel’s story of building his haunted prison might help you decide if this theme is the right choice for you and your crew.

Clowns/Circus: Steven King’s It will get you into the mindset of creepy clowns and dark storylines. If you decide to take on this theme, it will be crucial to find actors and actresses that can really play the part. Take a tip from HaunTopic Radio’s Brian Foreman and choose your actors wisely. Additionally, it can be fun to utilize your glow in the dark props to enhance clown costumes and circus scenes.

Zombies: The zombie theme comes along with great benefits, as it can be achieved with a low budget. Tattered clothing, makeup, fake blood, and excellent actors will do the trick. It’s important to get creative with this theme, since there’s some potential for the zombie effect to get stale (actors moving slowly with their arms out attempting to eat your brains could get old fast). The Walking Dead can be a great source of inspiration, as well as movies like 28 Days Later and Dawn of the Dead.

Glow In The Dark: This is a perfect theme for the younger crowd, as it produces a cool effect without a ton of crazy animatronics or expensive equipment. A black light is a must, however, you can take this theme in any direction you’d like. From glow in the dark potions, to spectacular murals this effect is always sure to thrill guests of all ages. Another bonus: giving kids a glow stick or other any other glow in the dark prize at the beginning or end of your attraction is a sure-fire way to make your event memorable.

Island of Dolls, Xochimilco: If you’re looking for a luxurious Mexican beach getaway, this might not be the place for you. This island, known as Isla de las Munecas, has both a creepy and sad story behind it. It is dedicated to a girl who was said to have been found drown on the island years ago, and that the dolls are possessed by her spirit. Play with the dolls here. Greyfriars Kirkyard, Edinburgh, Scotland: Burials have taken place at this graveyard since the 16thcentury, however, an escalation of unexplained events began in 1998, when a homeless person broke into Sir George Mackenzie’s mausoleum for the night. Between 1990 and 2006, there were 350 reported attacks and 170 reports of visitors collapsing. Complaints of physical harm such as being bitten, bruised, cut, scratched, and blacking out could be attributed to the ghost of Mackenzie, also known as theMackenzie Poltergeist. In 2000, Grant Colin, an exorcist, was summoned to perform an exorcism ceremony. However, just a few weeks after picking up on “evil forces” that he said were so overpowering that he feared they might kill him, Grant died of a heart attack. Read more about the ghostly graveyard here. Hoia Baciu Forest, Cluj-Napoca, Romania: Known as the Bermuda Triangle of the country, the world’s most haunted forest is host to numerous reports of paranormal activity and unexplained events such as ghost sightings, mysterious apparitions, and UFO sightings in the 1970s. Locals are afraid to enter the forest due to stories, legends, and the fear of never returning back home. Those who have been brave enough to enter have complained of intense feelings of anxiety, the feeling of constantly being watched, nausea, vomiting, burns, rashes, and other unusual sensations. Enter the forest here.