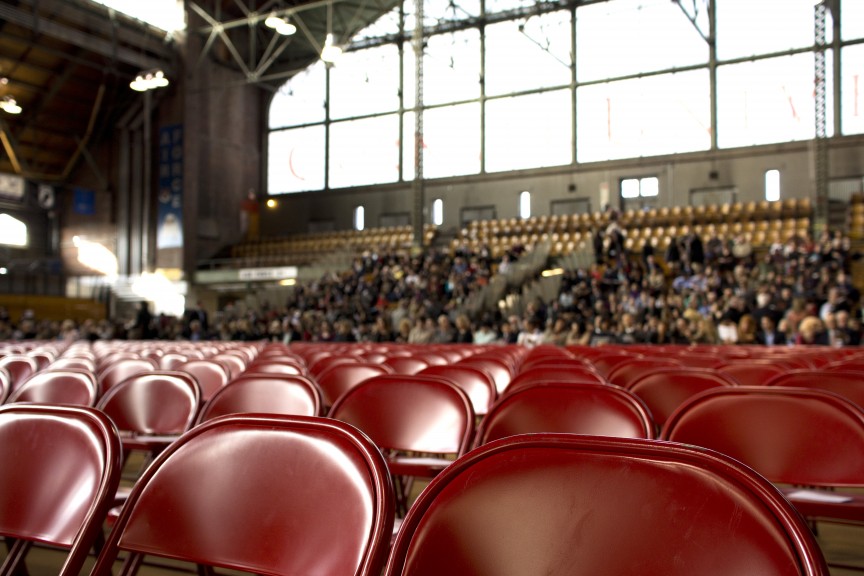 In the event industry, it’s easy to become a slave to the three letter word that deceivingly reduces guilt, while doubling your workload. YES, it’s a word most of you probably overuse and later wish you hadn’t. Instead of delegating tasks for your event over the weekend, you decided you could take them on yourself… while babysitting your co-worker’s kids… and dog sitting for your in-laws… oh, and coordinating your sister’s bridal shower…

Although this might be hard to believe, saying “no” can lead to greater productivity, enhanced creative thinking, and better planned and executed events. Saying “no” to time wasters and creativity drainers will not only save you stress and time in the long run, but this practice will show you just how inauthentic being a “yes man or woman” really is. On top of that, it will show you how your relationships and work can both flourish without having to bend over backwards for everyone but yourself.

Austin Kleon’s book, Steal Like An Artist, provides some simple and eloquent guidelines for artists of any kind. However, the rule that seemed to jump off the page and into my ear was #10, “Creativity is subtraction”…

The overarching idea of the book is that you are a mashup of what you let into your life, and that anyone can be creative if they surround themselves with the right influences. So, it’s important that you monitor what exactly you’re letting into your bubble, and what you are choosing to reject. Do you spend the first half of your day getting into the zone by skimming poorly written gossip articles and scanning your news feed? Let’s take a closer look at what it means to “clear the clutter” and make room for creativity.

It’s not just about what you’re doing and what you’re creating, but more importantly, what you’re not doing. Tim Ferriss capitalizes on this concept in his book, The 4-Hour Workweek. In the chapter titled, Elimination, Ferriss instructs readers to practice the art of refusal by ‘interrupting interruption’. In other words, sometimes the only way to get things done is by turning off your phone, internet, and email, letting phone calls go to voicemail, and accepting that small bad things might need to happen in order for greater things to be achieved. By small bad things, I mean, you let a phone call get sent to your voicemail, you respond to a few emails a day late, or you fail to comment on your friend’s new cool pics on Facebook.

These things are small, but for people-pleasers, they sometimes appear to be huge. This leads to overwhelm and feeling like you’re a bad friend, worker, or spouse. It might seem like letting these little things happen will barely contribute to your productivity. However, a recent study showed that it takes an average of twenty-three minutes to get back to a task after being interrupted. Not only are you losing time, but there is also a psychological cost (higher levels of stress, frustration, mental effort, feeling of time pressure, and mental workload) to constantly switching tasks.

If going on a low-information diet scares you (as it does most people), start simple by cutting back on the #1 time waster and false sense of productivity: email. Start by checking it twice each day, once at lunch and again around 4 p.m. Make it a habit not to check email first thing in the morning, as this usually takes up more time than originally allotted and seldom accomplishes anything groundbreaking.

If you have a team and it is necessary that you frequently communicate with one another, try using an emailless communication tool like Slack or Asana. Slack is better for real-time messaging, whereas Asana is better for task organization. If there are other sites that are distracting you from producing your best event, install website blocking software such as StayFocusd (for Google Chrome) or Leechblock (for Firefox). These allow you to specify time-wasting sites and block them once you’ve used them for too long. Get rid of distractions on Facebook by replacing your entire news feed with an inspiring quote using Newsfeed Eradicator.

Coming from a fellow people-pleaser, this concept seems especially impossible to comprehend and put into practice. We’ve all probably come to the conclusion that saying “yes” can lead to over-committing and compromising our own well being for “the good” of others. What we don’t realize is that we are actually being ingenuine when we over-promise things we don’t intend or truly want to deliver.

Scott Fetters articulates this point with perfection with one simple statement: “Saying ‘no’ is not the equivalent of flipping a giant middle finger.” Think about this the next time your co-worker invites you to their Friday-night mingle. Don’t overcommit and say “yes” if you don’t truly want to go. Instead, reply with a smile, “I have plans tonight, so I’m sad to say I can’t make it, but if my schedule changes I will let you know!”Be cheery, and optimistic, but do not say “yes”. By adding the second half on the sentence, you leave yourself wiggle-room to change your mind without being locked into anything. This also avoids a wishy-washy response like, “Maybe, I’ll let you know later,” which results in the request hanging over your head until you muster up the courage to finally decline the invitation, or, more likely, accept out of guilt.

When you feel overwhelmed by your to-do list, or are questioning how to respond to a request, see situations from a higher perspective. Although it’s oftentimes hard, try to remove yourself from the situation and ask yourself what you’d tell a friend if he or she was in your situation. What advice would you give that friend? Then, most importantly, take your own advice!

Be Polite, Not A Push-over

In her article, How To Graciously Say No To Anyone, Alexandra Franzen recounts a situation in which a friend asks her for help and how she politely declines. She even created a script that can be used for numerous situations in which the answer to any request is “no”.

Hey [name].
Thanks for your note.
I’m so proud of you for ___-and I’m flattered that you’d like to bring my brain into the mix.
I need to say “no,” because ___.
But I would love to support you in a different way.
[Offer an alternate form of support here] Thank you for being such a wonderful ___. I am honored to be part of your world.
[A few closing words of encouragement, if you’d like] [Your name here]

What it boils down to is this: Are you willing to risk a brief moment of discomfort for the payoff and satisfaction of being ultra productive and creative? Practicing the skills of elimination and saying the feared and most commonly avoided, two letter word could mean you’ll have the details of your event nailed down ahead of schedule, or maybe you’ll have more time to organize and get to know guests that you haven’t gotten a chance to interact with yet. By practicing these skills, you’ll move closer to a world where you are able to say yes to a request or job because it fascinates and excites you, not because you feel guilty.